Congratulations to those selected to represent St Osburg’s at the Coventry Catholic Athletics Event at Warwick University. Many of our children enjoyed individual success and were medal winners in a variety of events. All the points were totalled up from each event and we were pleased to come SECOND overall out of all the schools in the team competition. This is a great achievement for us being quite a small primary school and all the staff and children were delighted. 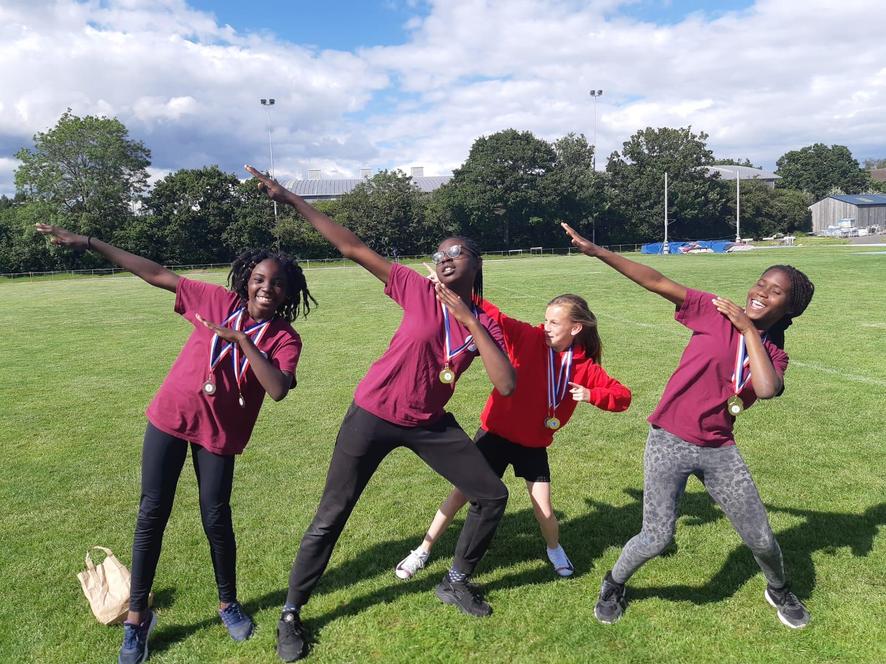 We have had so many sporting opportunities happening for pupils this week:

On Sunday 20 children and a number of staff took part in the Coventry Children’s Mile at the Memorial park; On Monday Year 5 girls  took part in a Wasps netball afternoon at Bablake School which they really enjoyed and practised lots of skills;  On Wednesday Year 5 boys had a whole day of Rugby coaching and a tournament led by Wasps at Bablake too. They were unbeaten and some children received special certificates as they made such a good impression and on Tuesday a number of children took part in the Catholic schools cross country race – special mention to Maddie in Y5 who came 2nd overall out of nearly 100 girls! J

Pupils in Years 3 and 4 had a special treat yesterday when four members of Coventry City Football Team turned up to join in with their PE lessons. They all joined in a game of dodgeball in addition to having the chance to answer lots of questions and have some photos taken. What a nice surprise!

Congratulations to Year 5 who completed their intensive swimming course last half term. Every single child in Year 5 can now swim, with 94% achieving at least 25 metres. This is fantastic. Keep practising your swimming skills now children! 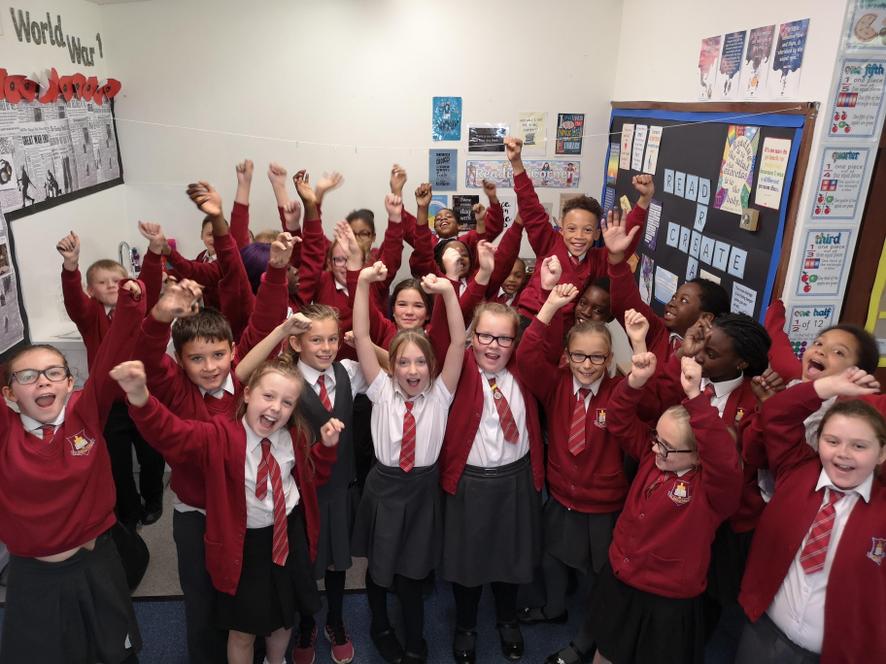 PE and Sports in Action